Ready to Win Your Battle Against Christian Depression? 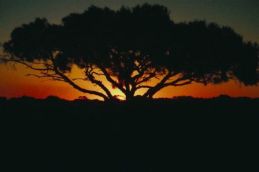 If you are a Christian in search of healing for depression, I can definitely feel your pain...

I've seen the therapists and psychiatrists.  I've filled the prescriptions, and felt their terrible side effects. And I've felt the overwhelming shame of being a Christian battling with depression.

I  know what you are going through.

You are not the only child of God to feel as if the very center of your being was under a vicious attack.

In fact, King David sang out to the Lord, "Day and night I have only tears for food, while my enemies continually taunt me, saying, 'Where is this God of yours?'" (Psalm 42:3 NLT).

I can relate to David.  I've heard my enemy Satan whisper the same question in the depths of my darkest nights - Where is your God now?  In our online Bible class, Who's Controlling Your Thoughts, I call those little whispers Lies of Destruction- Sly thoughts planted in your mind by the enemy that play on our deepest pains and our worst fears.

In the midst of the pain that you are going through,  you've probably heard the same whispers yourself.

Well, today, I am here to answer that question for you. - Your God is right there with you.

Your Heavenly Father has made you a promise.

-Hebrews 13:5b (AMP-punctuation altered for readability)


Regardless of how you feel right now, I want to reassure you that your Father has in no way abandoned you.  He is with you, and has freely given you all of the weapons that you will need to win the battle that you are fighting right now.

This Christian Depression Bible study is here to help you discover the truth about Christian depression, and the only effective way to truly arise victorious in this all-out battle for your life.

So what is the truth about Christian Depression?

Christian Depression Truth #1:
Depression is under the Curse


In Deuteronomy 28, God spoke with the Israelites about the covenant that He was creating with them.

God laid out the blessings that they would receive if they followed His commandments, and the curses that would come upon them if the did not.

Part of the curse was sickness and disease.  It was promised that they would be afflicted  "with all the diseases of Egypt that you (they) feared so much, and you (they) will have no relief" (Deuteronomy 28:60 NLT).

One of those diseases that were under this curse was depression.


... but the Lord will give you there a trembling heart,
failing of eyes [from disappointment of hope],
fainting of mind, and languishing of spirit.
Your life shall hang in doubt before you;
day and night you shall be worried,
and have no assurance of your life.
In the morning you shall say,
Would that it were evening!
and at evening you shall say,
Would that it were morning!--
because of the anxiety and dread of your [minds and] hearts...
-Deuteronomy 28:65-68 (AMP)


Doesn't that sound like a perfect description of depression?


Christian Depression Truth #2:
Jesus has redeemed you from the curse.


We have established that depression is under the curse.  But why does that exempt you as a Christian from being afflicted with it?  Why are you not subject to the same curses that God laid out for the Israelites? 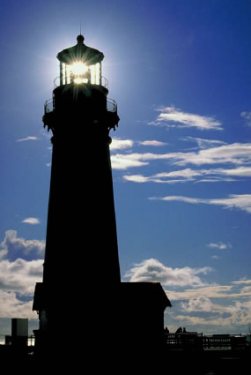 
But Christ has rescued us from the curse pronounced by the law.
When He was hung on the cross,
He took upon himself the curse for our wrongdoing.
- Galatians 3:13 (NLT)


Remember earlier when I said that God has given you all of the tools that you will need to wage war on depression and win?  That is because He has given you Jesus!

Jesus redeemed you from the curse. That means that depression is not something that God has cooked up to make you more humble, or to teach you something.

And, even more, because of Jesus, depression has absolutely no right to you.

Jesus purchased you with His blood.  Every part of you is holy ground, including your mind.  And it is time for you to re-take that mental territory for the Lord!


So, we have ruled out the idea that God is the one who has plagued you with depression.  But, if God is not putting this curse on you, then who is?


The thief comes only in order to steal and kill and destroy. I came that they may have and enjoy life, and have it in abundance (to the full, till it  overflows).
-John 10:10 (AMP)


Jesus says that He has come so that you can have an abundant life.  Satan's goal is to steal that life away from you.

But, depression itself does not technically kill you.  So, why would Satan want you depressed?

Just because you are not dead does not mean that you are truly alive.  If you are battling with Christian depression, Satan is attacking your life by robbing you of your joy.


... be not grieved and depressed, for the joy of the Lord is your strength and stronghold.

If you don't wage a holy war on depression, whatever spiritual gifts God has locked up inside of you will stay there forever.  Your children will be robbed of the childhood they were meant to have. The people you are destined to touch will remain un-helped.  The ministry you were supposed to lead will never come to fruition...

And that's exactly why Satan is fighting so hard to keep you bound by this mental and spiritual stronghold.  But that's also why your Father in Heaven has given you ALL the weapons you'll need to break free from it!  Where do you find these weapons?  In His WORD!

I know what it is to feel like you're losing the battle for you mind.  I faught for many years without victory for one reason - I was trying to fight on my own.  But God showed me, through His Word, my battleplan for victory.  That is the exact same battle plan that I lay out for you in our class on renewing your mind.  It takes you step by step through identifying the mental strongholds the enemy is using to keep you in bondage, and then systematically taring them down one-by-one.

If Satan can keep you in bondage to Christian Depression, he knows that you are one less threat to his kingdom. But He whom the Son sets free, is free INDEED!

I would love to personally take you on a special journey throgh God's promises. A journey where you discover God's gameplan for renewing your mind and freeing you from strongholds like Christian depression, anxiety and fear. Then, finally, you will be able to "let this mind be in you that was alwo in Christ Jesus." (Philippians 2:5)

Finished with your Christian Depression Bible Study?
Click here to select your next topical Bible Study.