From a "Christian" through a Muslim to getting saved! c2-head***

From a "Christian" through a Muslim to getting saved! 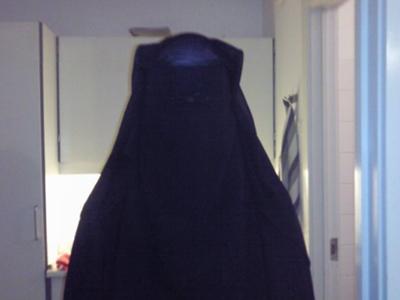 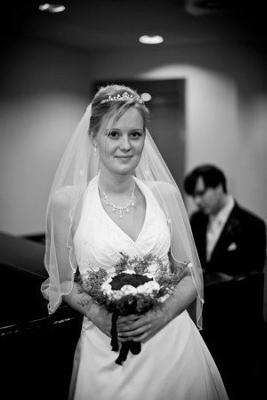 It had been a long way for me before I became a Muslim. I had been raised in a Lutheran home and I had always gone to
Christian schools, Sunday school, church etc. When I became a student, I moved to a housing area in Århus (the second
biggest city in Denmark) where Muslims were the majority. I had never known any foreigners before that time (except for
my sister’s husband) and had not known any Muslims at all. My goal was therefore to “convert” the poor Muslims that lived
there.


I had been studying Islam for a long time, but never with an open mind. I mostly studied it in order to be able to convince
them of the truth of Christianity.


I had many Muslim friends and acquaintances, and my best friend was a Danish Muslim, which was not a problem for me. I
only knew, however, that she was going the wrong way and tried to make her become a Christian.


As I said, I studied Islam intensively and I thought it had answered all my questions – that is why I was close to getting
converted in January, 2009, but then I rejected it all as I was convinced that it was Christianity that was right. There were
several periods when I used to consider Islam as an option, but I always read about it from a Christian point of view.


However, I kept thinking about Islam and I started to read again. I found a lot of good comparative sites about religion.
Finally I became convinced and I thought, “Hey, I actually believe that the Qur’an is the Word of God”. After that I had no
choice but to get converted, which I had never considered before. I became a Muslim on the 9th June, 2009.


This led me to a life where I tried hard to obey all the rules of salafi – the first three generations after Mohammed. I wore a
head cover, jilbab, khimar; I prayed in Arabic 5 times a day, I didn’t listen to any music, didn’t shake hands with men, didn’t
eat pork or drink alcohol etc.


It was just a LITTLE part of the story, but let us go back to the reason why I decided to become a Christian “again”. I am
writing “again” because I found out I had not been a Christian at all before I became a Muslim. I had only called myself a
Christian and lived just a little bit differently than an ordinary nominal Christian. I didn’t live with God daily. I was deceived
and I had not been born again.


Why I left Islam:
Inisde of me I felt a longing for a personal relationship with God, which I had been missing for a long time. I longed to feel
God’s love and presence, as well as feeling “high” with God when you can do nothing but cry in His presence. I also prayed
to God every day to show me the “real” TRUTH, which He did. I had been feeling for a long time that I had lacked that,
even when I had been a ”Christian” before – but I found out that this was because the Holy Spirit was working in me when
it comes to the sin that I hadn’t dealt with.


One day I discovered that my sister and her fiancé had got baptised. I got in touch with Torben Søndergaard, who had
baptised them, because I was a little surprised by what suddenly made my sister get baptised. I read a few of Torben
Søndergaard’s books and saw his web page (www.oplevjesus.dk, www.experiencejesus.eu) and it just spoke SO clearly to
me. It was a completely different form of radical Christianity where one actually obeys what the Bible says, in contrast to
what the ordinary “nominal Christians” or the Lutheran church do nowadays! If you want to be a Christian, you have to obey
everything in the Bible. You cannot live as you wish, just like I did before. If you lie or are unfaitfhful etc., you will not get to
heaven even though you call yourself a Christian. It was a real eye-opener!


Islam has really taught me so much about involving God in everything I do and I learned that faith and deeds cannot be
separated! I will never forget that! Faith without deeds is DEAD! I am so happy for what I had experienced during the last
long period. Without that I would have never come to where I am now.


I want to keep on avoiding drinking, partying in town, listening to bad music etc. because we have to watch what we fill
ourselves with.


I have been filled with great fear of God which I had not had before and I am so happy for it!


Where have I been the happiest?
The answer is simple: in the REAL life with Jesus. I have had many hard struggles after I left Islam. I lost all my friends.
They looked down on me, said bad things about me and I could just give up, BUT I have never before had this kind of peace
with God; the living and true God, who is always faithful and who loved us SO much that He was willing to send His son to
death so that we could go to heaven. God does NOT tolerate sin and that is why we have to repent and receive Jesus as our
Saviour because only the blood of Jesus can cleanse us! God is great, hallelujah! :-)


Today, one year later, I can say with joy that never before had so much happened in my life as last year. Most of my family
got saved, and God showed me whom I should marry – the most fantastic man in the world ;-) We got married on the 11th
December, 2010 and we are looking forward to a life where we will serve God together.


May God’s peace, mercy and blessings be with you!
Amira Marie