From god to god..to death, and finally, to God. 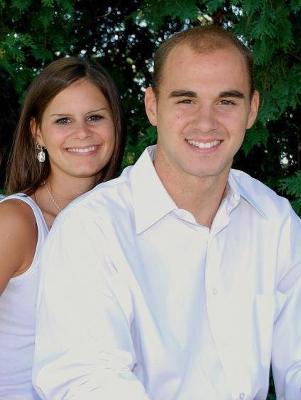 As a result of all of this, I started to rebel. I started skipping school and I got involved with a group of kids that were just bad news. Several of them were 14, 15, 16 years old…and as a result of my involvement with them…by the time I was 13, I was deeply involved in drugs and alcohol. You name it, I was probably doing it at the time.

Clearly things were going downhill fast. But soon enough, something positive happened...I fell in love. I fell completely in love with the game of basketball. One of the things we would do when we skipped school was go to the local courts and it was at this time that I realized that I really had a knack for shooting and it was something that I thoroughly enjoyed.

A few weeks later, a documentary aired on CBS called The Life and Times of Pete Maravich. Pete Maravich was the greatest college basketball player of all-time and was the most dedicated player as well. I still remember the quote that inspired me to give my life to basketball. When Pete was in Middle School, one of his teachers called his father to inform him that Pete had not been doing his schoolwork. His father responded, "Pete practices basketball from 6 in the morning until 9 o'clock at night. He doesn’t have time for school." From that moment on, I wanted to be just like "Pistol" Pete Maravich.

So I decided to commit my entire life to basketball. I kept a strict commitment except for an occasional drink or night of partying. This carried on through ninth grade and I continued skipping school on a regular basis. It was the norm for me to walk toward the bus stop with my backpack on early in the morning, but little did my parents know, the bus had already come by ten minutes prior. And in my backpack, there were certainly no books-only my Wilson Jet Select basketball.

After basketball season that year, I was so fed up with school, I stopped going for an entire month. But after the large public school finally realized this, they called home...and my parents flipped!! I really thought they were going to kill me.

Actually, what they did, seemed much worse to me at the time. My parents took me out of public school and sent me to the Phelps School. I was not happy about this at first as I left my friends, my family, and all the comforts of home to go to an all male boarding school. Fortunately, once I arrived, I quickly adjusted to the new environment, and it only took me a few weeks to realize this was the greatest thing to ever happen to me.

With the caring and structured atmosphere, I came to the dramatic realization that I could achieve success academically if I put my mind to it, and all the teachers at the Phelps School completely supported me. I learned to balance my time between academics and athletics. I felt like everything was headed in the right direction as I was now becoming as dedicated and confident in my schoolwork as I was with basketball.

As my mindset changed, it became clear to me that hard work was just as necessary in the classroom as anywhere else. I changed a lot over my first year at the Phelps School and for the following two years life seemed to be great, but little did I know, it was time for another great change in me-this time for eternity.

Once my first three school years of balancing academics, athletics and partying were over, I felt as though I was ready to commit myself completely to basketball for the summer prior to my senior year. I still thought somewhere in my mind that basketball would always take me everywhere I wanted to go and allow me to do everything that I wanted to do. I began training and practicing basketball twelve to fourteen hours each day. This lasted through all of June.

The first week of July, I attended a basketball camp in the Pocono Mountains. I returned home and continued with my strict commitment to this sport I loved for only one more week. One morning I woke up and...I could not do it any more. I could not get myself out of bed! It was too much, and I was completely worn out both physically and mentally. For about three weeks, I could not do anything-not because anything was severely wrong with me physically, but mentally I was completely drained from the doing the same thing over and over again. However, at the same time, I wanted to keep going...but I couldn't. I wanted to keep practicing for my team and myself and my school...but I couldn't. I spiraled downward into a depression very rapidly.

I had put all my worth in basketball and I couldn't do it any more. For the next three weeks I did not leave my house. In fact, I seldom left my room and became more depressed as I contemplated life without basketball and life in general. To be truthful, after those three weeks I had no idea why I was on the planet, but all I knew was that I wanted to die.

On a hot Sunday morning in early August of 2005, I realized that I couldn't take living like this any more. I moped around the house a little bit then got in the shower with intentions of slitting my wrists. But when I got in the shower, this idea came to me to do something I had not done in a very long time: go to church.

I tried to ignore it, but the feeling was overwhelming. At the time, it was extremely weird to me. The only times I usually even thought about church was Christmas and Easter. I wasn't sure why I felt like I should go to church that Sunday, but I did. The sermon that day was truly amazing as God spoke through the pastor to me. The sermon that day was all about depression, how God is always near to those who feel lost, and how God will always bring you out of the dark place you're in if you seek Him.

At this moment I truly felt God's grace as this holy, righteous, and perfect God was reaching out to someone who was a wretched, self-seeking, sinner that put sinful desires and a simple game above Him for so long.

I continued to attend church for the rest of the summer, and a month later it was time to return to school. The very first person that I saw when I returned to campus that September was a good friend of mine, Talain Blanchon. I knew he had been a strong Christian his whole life and I was very excited to tell him that I was now seeking Jesus Christ. (Little did I know, He was actually seeking me-Romans 3:11)

Talain was very excited and completely took me under his wing and taught me all he could about the Lord. He took me to his church and I began to grow closer to making that leap of faith and giving my life to Christ. I certainly began to see my need of a savior more and more. At the same time however, I kept hearing about this God who is so holy and righteous and perfect, and my life had been completely antithetical to all those things. Could this magnificent God really accept me just the way I was? I didn't think so.

About a month into the school year, depression was still lurking. After class had ended on a Monday, after a weekend of arguments with my parents, I came back to my room and my roommate had way too big of a grin on his face. I looked at the can of Dust-Off on his desk and I knew what he had done. I also knew what it can do to the body. But I didn't care because the feelings of depression had crept their way back to my brain...so why not shut if off for good?!

I took the can and sprayed a large amount of it into a Zip lock bag. Normally, a few breaths in is enough to get high, but I inhaled the entire bag. Immediately the room started spinning and a few seconds later I had lost my vision. I then fell to the floor and was unconscious for about ten seconds…my breathing had stopped. I still had a pulse and my roommate quickly performed CPR. I started breathing again and apparently stood up (I don't recall most of this) and then passed out again. This time I kept breathing but my head hit hard on the floor. By the grace of God I stood up and slurred some incoherent sentences but was soon back to myself. I know very well that many people who do try this inhalant never live to tell about it.

This was a huge reality check for me. After truly being on the verge of death, I came to more of a conscious reality that after death than ever before. There really is NO turning back-there’s no second chances. I was so blessed to have the chance to live.

A few months later, Talain took me on a retreat that I will never forget. I had never been around a group of strong believers before and on the way to the retreat I remember thinking, "I can't believe I'm going on this retreat with all these 'weird' Christians that actually like to spend their weekends reading the Bible. Are they going to think I'm weird because I don’t know anything about the Bible?" But of course the people were great and showed me nothing but love.

I felt God's presence there with us and on the last night, I heard a speaker give an amazing talk on Grace. After this, I finally believed that God would accept me just as I was regardless of all the wrong I had done in the past. For the first time I understood that we are all in the same boat-we all need a savior-and that savior can be none other than Jesus Christ. It was at this point that I found myself on my knees, in tears, giving my life to Christ.