From non-believer to depression to bi polar to Christ 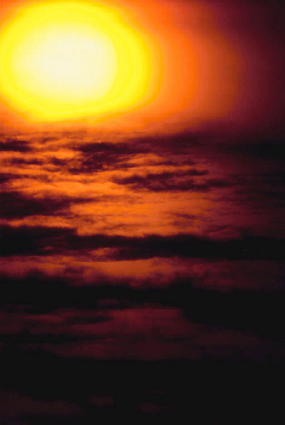 I was raised in a Christian home and went to a Christian school from 6th grade through high school. Early in my middle school career I "accepted" Christ for the simple reason that I did not want to burn in hell and I figured that this would be a free pass out.

Early in high school I began harming myself. It started small at first being very careful not to get carried away but soon I was doing it every day.

It got so bad that one day I found my self in a bath tub full staring at my bleeding wrist thinking that I was going to die but God had other plans for me.

I recovered from that incident but I did not learn my lesson. I immediately went back to the cutting.

The summer before my junior year of high school I was in a very emotionally abusive relationship. The cutting got worse until one day I decided that I had had enough. After I made this decision I felt an overwhelming peace that was the best thing I had felt up until that point in my life. I decided that this time I would not fail.

I was going to remove my self from this life. So I waited until my younger sisters left because I did not want them finding my body. I took my hunting rifle, loaded it, took the safety off, and put it in my mouth, and then some thing I will never forget happened.

I answered it and my friend said, with out knowing what I was going through, that he loved me and then he invited me to church that night so that he and some others could pray for me. I immediately burst into tears.

I went that night and had people pray for me. I told them what had happened. I don't remember what happened next because of post traumatic stress disorder but I do remember waking up two days later in a bed that was not my own. It was a big room with lights that could not be turned off. I did not recognize anyone there and when I asked they told me that I was in a psych ward.

A couple of days later I was pulled out of a group because I had visitors. I didn't know what to think since I thought that only parents could visit and they could only come on Tuesday and Thursday for the allotted hour. Any way it was the two youth pastors from the two churches that I had been attending.

It was then that I decided that none of this was a coincidence.

We prayed and I truly accepted Christ as my savior. The peace and good feelings that came with that were unlike anything that I had ever felt before.

I was released a month later but the cutting started again and I was so mad that God let any of this happen. The cutting went from small scratches at the beginning to me ending up in the emergency room for stitches on a couple of occasions.

I was so mad at God that I didn't know what to do until my therapist told me to read about King David. I did and I took from his example of how to behave towards God when you are mad.

I got in my car drove around town yelling as loud as I could at God. After the anger came sorrow. After another trip to the psych ward, being diagnosed with depression, A.D.H.D, and Bipolar II with psychotic features, and a misdiagnosis of schizoaffective disorder, to still be able to sit here and praise an awesome God who is helping me with all of my struggles is awesome.

And for that I love my life and I love our God.