From the gutter to the Cross - Sergio's Christian Testimony c2-head***

From the gutter to the Cross - Sergio's Christian Testimony 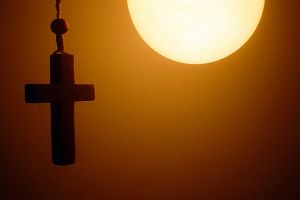 My name is Sergio and I came to know the Lord Jesus as my Lord and Saviour on Christmas day 1968.

I was an alcoholic and down and out in the streets of London. It was through a Christmas lunch invitation that I came in contact with Christians that immediately made me to feel at ease. But, I was not interested until a man called Eric started to speak to me and showed me the way to Jesus. In order to shut him up I told him that he could pray for me and I repeated the prayer with him thinking that was the end of it. I was very wrong because it took me three days to realize that I didn't touch a drop of alcohol and I didn't have any hallucinations or withdrawal symptoms.

I thought that the little man had done something to me. So, to prove that I was still my own man, I went to buy a bottle of alcohol and I came out with a can of coca-cola I knew then that something had happen to me. I have served the Lord ever since.