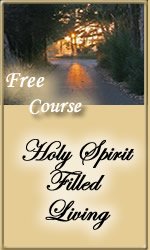 I felt I have heard God a couple of times in my life so far. Once when I was having trouble falling pregnant, I took a pregnancy test and it came up negative...yet again. I was so disappointed and was praying about it when I 'felt' I should do the test again. I argued with what I thought was myself - pregnancy tests aren't cheap, that would be silly, I only took it a few minutes ago, etc, etc. But I finally did as I felt led to do and lo and behold it showed a positive! I will never forget that.

Another time I was starting a new job and I was going to work with a person I had worked with some years back. I have a terrible memory and could not for the life of me remember her name and I had to start the next day! I knew her name ended in the 'yah' sound (like Tania) but none of the names I could come up with sounded right.

I was at the end of my tether and decided to pray about it and see if God could tell me as it was going to be extremely embarrassing for me! The 'thought' came to me that if I want to hear from God I should read my bible first. But of course I argued to myself (as I do!) and thought I'm not going to get a modern day name from the bible! So I think God gave up on me and just told me! Gloria. (I really do believe this was from God because I could not remember her name and it just popped in my head as soon as I asked!) Then I had to laugh because I thought if I had opened the bible and read "Glory" I think it would have prompted my memory straight away. I think God has a wonderful sense of humour!

I know these aren't 'big' things but the point was I stepped out in faith by asking God for His help and He came through for me and that was BIG to me! I know God doesn't always work this way but I sure do appreciate it when He does.

Want to learn how you can truly hear from God in your daily life? Read The Hem's free Bible Study Can You Hear God's Voice: How To Recognize The Leading of the Holy Spirit.