Re-positioning our Prayerlife "For such a time as this," c2-head***

Re-positioning our Prayerlife "For such a time as this," 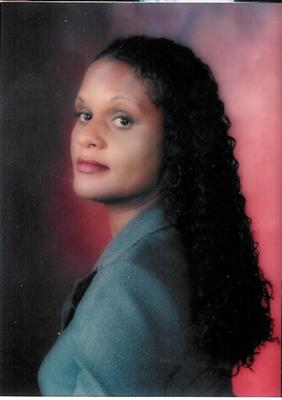 Greetings, My name is Tilli Tilford. As of recent years I have been the pastor of Be Encouraged in the WORD Christian Church for now 10 years to a wonderful congregation of followers of Jesus Christ. I have always been inspired to write and inspire others, and have within a small circle for a great many years put forth many god-given skills for their challenge and blessing.

I am a single mother who was widowed at an early age, and left with two small children to raise alone. God and His ever growing faithfulness has, in many ways, supplied, strengthened, and saved my life! I have given my life to my Lord and Savior Jesus Christ, with a lifetime aim to boldly teach and proclaim His Word, obey His commands, walk in the Spirit in the power of Christ's righteousness, and reach out to His people with all the power He will be so merciful and gracious to place before and within me.

Scriptures:
"For if you remain silent at THIS TIME relief and deliverance will arise for the Jews from another place, and you and your family's house will perish. And who knows whether you have not attained royalty for such a time as this?" (Esther 4:14)

"I searched for a man among them who would build up the wall and stand before me in the gap on behalf of the land so I would not have to destroy it, but I found none...their way I have brought back on their heads..." (Ezekiel 22:30-31b).

God had warned Israel in Ezekiel's day, that they had allowed such a situation to develop (much like today), that it was going to result in the destruction of the land, unless someone was able to stand before God in the gap on behalf of people and the land.

What is tragic and heart wrenching is that God Himself was searching desperately for an intercessor...unsuccessfully! He was looking for someone who would stand before Him in prayer on behalf of Israel so that He would not have to destroy it because of sin and rebellion. He did not want to destroy Israel. He was waiting for an intercessor so He wouldn't have to. Dedicated intercessors like Abraham or Moses who would think of His honor and His people... first, became none exsistent. God had chosen to reserve His power to save the nation of Israel at the efforts of those who prayed in the "gap" but no intercessor was to be found. As a result, Israel was defeated by the Babylonians and went into captivity for 70 years.

I believe that God is calling and re-positioning US as a people to supernatural prayer in this hour...that is if we want to see God's hand at work in our churches, homes, and nation.

We are living in times that are not by any means "normal or ordinary." Fact is...it is far too late for our unattended "Wednesday night prayer meetings", distracted half-hearted prayer vigils, and our "hit and miss" prayer efforts "to do better" to bring forth deliverance and turn the tides of evil in this dark hour...they are here!

Times have changed on us, the enemy have had free advance over the years of our sleep and sloth. As Jesus said to Peter, James, and John at the moment of His arrest in one of the darkest moments of earth's history "Sleep on...they are here!"

The grim realities of the gay movement in entertainment, schools and churches, one-touch internet pornography free and open for children, teens and adults 24 hours a-day, The flood of innocent blood from abortions, violence, continuous OPEN public profanity peaking to it's highest heights as never before in music, television, telephone party lines, secret defiled internet chat rooms, the rise of pagan spiritualism along with the church's disappearing exodus of sanctified "couch potatoes" basking in the light of solitary electronic worship well acquaints us with the present darkness.

Who will be able to stand in the GAP of prayer for such a time as this? The flood of the enemy is seeping through! How must we respond?

Like Esther, we have been summoned, assembled and separated from the common and the ordinary walk of life to be re-positioned as end-time intercessors. We must prepare ourselves. Such a time as this is OUR TIME! What will be the cost if we continue in "prayer as usual?" As the saying goes, "if we do not learn from history, we will be doomed to repeat it."


Questions it brought to my mind...

"Unanswered prayer" is epidemic in this day, and I feel it not only is taking it's toll on the hearts and minds of God's people...but it plotting a dangerous attack against the faith of many. Without meaning to blaspheme, multitudes of God's people can now be heard complaining, "I pray, but I get no answers! Where is God? Does He care that we perish?"

I feel personally, that many Christians living under this constant fog of bewilderment over the years, has brought about much unbelief, despair and confusion. Instead of putting forth 2 Chronicles 7:14 in repentance and self-evaluation, many follow the path of many biblical scholars who proclaim...miraculous moves of a loving God is a thing of the past!

Tragically, all too often these failed attempts of prayer from the hearts of the disobedient, and the unrepented are dangerously promoted as the WILL OF GOD.

Father God,
I hear your call. I thank you for opening my eyes to see and ears to hear the Spirit's calling. I repent and humble myself asking for your forgiveness, as many of us have sought you slightly...as a common thing, especially in our prayers.

Open wide our understanding and place an urgency deep within our hearts as we re-position to pray "in the Gap" with expectation and power. That we will daily become your committed prayer vessels ushering forth your plan, fulfilling your purpose, praying forth opportunities of miraculous ministry for your people in this dark hour.

Please close any distance between Your thoughts, Your ways and my own. Increase the Master's dedication to do Your will inside me. Strengthen my hands, and clean my heart to be pure in motive and deed, as I go forth in a daily partnership with You praying forth Your Will for Your kingdom, and Your people. Prepare me to "stand in the gap" and pray for "such a time as this!"

I ask in the great Name of Jesus Christ...AMEN