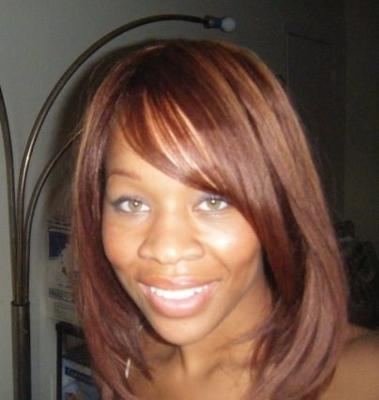 Once was lost, but now I'm FREE!!! I have something to smile about!!!

Saved a Wretch Like... ME
A Testimony of Freedom From Christian Bulimia

My name is Waseme Berry, I am a 21 years old. Since an early age, I was raised in the church and accepted Jesus Christ as my savior. I loved the Lord with all of my heart and I knew that I wanted to live and do His will. It wasn't until I entered high school, that I began to slip away from my Christian walk and began to enter into unhealthy relationships.

I broke my promise to the Lord and lost my virginity at the age of 18. Upon graduating from high school, I moved away from my entire family, back to my home town, because I wanted independence and freedom. I moved more that 1000 miles away and lived on my own.

Before the beginning of my freshman year in college, I withdrew from school( upon meeting a couple of people in music), and decided to pursue a career in music. I began to work with a producer on an R+B album for over a year. My mother was heartbroken, of course, but she never once judged me or disowned me. Instead, she prayed for me to come back to the Lord.

In the beginning, things were smooth sailing- (or so they seemed)but the ride was only beginning...

Five months into working on the album, The constant scrutiny placed upon me by my producer and manager, was simply too much. I'd have to stand on a scale (in front of them) and in return, I'd be criticized for not loosing more weight (It wasn't enough that I'd lost over 20 pounds since my meeting them).

The ever-present deadlines took a toll on me and I developed an eating disorder. Bulimia was a way out for me. It soon got out of my control and I secretly struggled with it for months. I came to a point where I knew that I needed help.

I confided in my Producer. I told him that I'd been binging and purging for months and I needed help. He replied, "Well, that is a very dangerous thing, but you have to do what you got to do to lose more pounds".

The one person that I thought could get me help, encouraged me to keep doing it. The sickness took over me. I purged everyday 5-6 times a day.

I was consumed in my sin. I felt as though God had left me and I was too unworthy for His forgiveness. I ceased prayer and the reading of His word for months. I broke it off with my Producer and manager-- not giving any thought to the civil consequences of my untimely leaving and braking of the contract.

I enrolled and returned to school after much encouragement from family and close friends.

I still, secretly struggled with Bulimia and depression for my first year in college. I continued to make horrible decisions involving men and soon turned over to an idle life of partying, drinking, smoking, and living with my on and off again boyfriend. The more I looked at my present state, the more I hated myself.

I had to get to a breaking point.. And it is where I called out to the Lord to rescue me. I was disgusted with where my life had gone in three years. Nowhere.

But that is the awesome Love of Jesus that welcomed me back. God never left me, I turned away from His teachings. I have experienced the pain as well as the forgiveness of the Prodigal Son.

This is my true testimony of how the Love of God isn't designated for certain peoples. It is unconditionally rendered to all who seek it.

Now, that I am born- again, I have moved home to be closer with my family. I have left behind the wretched lifestyle. I removed myself from all of the unhealthy relationships. I have made a commitment to stay pure and wait on the Lord to send a suitable husband for me.

Everyday is an obstacle. I am young, and unwise. Therefore, I seek answers in His Truth. The Word of God never fails.