by Susan Stafford
(Huntington, IN) 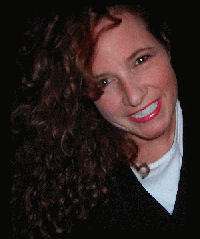 I consider myself lucky to be here. There were many times in my life when I could have been dead. ...and it didn't help matters that I was so strong-willed & stubborn.

My first near-death encounter was when I was around the age of ten when my mother was married to my step-father, Herb. Herb was an abusive alcoholic who would chase me and my family down with an axe until I was holding for my dear life on the roof of my house. There were many nights I would hide in my attic, lock my bedroom door with a chair behind it. My mother was very emotionally abusive and let the abuse continue. I never felt loved by my mother. When you combine those ingredients, it creates a volatile mixture.

It wasn't until the age of 12 when my mother had finally divorced him. By then I was hanging out with the wrong group of kids. I wanted to be accepted in their group, so I shadowed whatever they did. My friends taught me how to roll a joint of marijuana and sniff cocaine. They even introduced me to Budweiser’s and cigarettes. Truthfully, I didn't care for the smell or taste for any of those things (I even had to practice inhaling a cigarette in my basement one day just to get used it), but I just wanted to be liked no matter what kinds of habits or drugs they were into, so I made myself do them.

Next thing I know I was getting high, skipping school and well on my way to being a long-term drug addict. Then one day I got raped and threatened with a knife, and just when I needed my friends most nobody cared. Then I found myself overdosing on diet pills. I wanted desperately to have an out of body experience and remain disoriented until my heart stopped. Immeasurable sorrow seemed to be my only certain destiny. I was VERY angry at my mother (for more reasons than one). I wanted to be out on my own and out of her life forever.

That same day Herb had phoned and he offered me a place to stay. By that time, he and my mom had been divorced for a few years and he was clean and sober. Somewhat skeptical, I considered my other choices (which at that time there were none), so I seized the opportunity and moved into his small apartment.

He offered me the perfect opportunity; a modeling job. Sounds good, right? Wrong! It was sex. He told me more lies and I believed them. My step-father made me a prostitute.

I had it all. A companion in a fully loaded car, an expensive condo and the best that life could afford, yet I was miserable. Miserable under the influence of my pimp, rapist, and role model step-father - and he was making money off of my destruction. It wasn't supposed to be that way with my step-father, was it?

It wasn't until three years later that I was able to free myself from his grip and drove to Florida. I couldn't even tell my family of my whereabouts in fear that Herb might find me. By the time I arrived in Florida I was safe from him, but by then, I started to get an addiction to the escort industry. I was addicted to the money, men and attention. I started to get an attitude, because I got sick and tired of being used by people.

I remained in the escort business and also worked in a whorehouse, and also got involved in a serious relationship. Many times family and friends would lovingly try to tell me that I needed to change, but I wouldn't hear of it. Not even for my boyfriend.

I became pregnant and gave birth to a still-born son that was fortunate enough to be revived. I named him Colton. I really loved him, even more than myself. I fought kicking and screaming while trying to work in the escort service to support him, but there was a lot of falls, bumps and bruises a long the way.

My boyfriend and I got married but after a short period of time, it dissolved. I remained in Florida and found a babysitter (Diane) to watch my son. Over the months, Diane became attached to Colton and started pressuring me to give him up for adoption. She was already acting as though he was her son. I didn't want to give him up. I had no intention of ever doing that and I was tired of her pressuring me. So I came up with an idea to leave the state of Florida.

By that time I was dating another boyfriend named Craig. I had painted this naive picture in my head that we would just leave Diane behind and move from Florida to Illinois. I thought we would be one big happy family while I remained in the escort service. I thought that it would take care of the problem.

Once we arrived in Illinois, I found my son another babysitter near Chicago for the evening (I did not tell her I was working in the escort service but that I was waitressing. I told her I would be back to pick up Colton no later than 2am). After seeing a few clients, the next thing I know I ended up in jail. So much for my planned parenthood plan.

That wasn't supposed to happen. But no sweat, I thought, it was my first offense. You see, on a first offense in the USA it was considered a minor misdemeanor. I should have been out in four hours. I repeat: four hours. But that never happened. Four hours turned into ten, then twenty-four, then two days, then three, then four. I was given no water to drink, not even a sip! That wasn't supposed to happen either.

I will never forget that 3rd night. I thought that was where my life had ended. You see, by the time the 3rd night came, I really believed that I was never going to get out. All I could do was panic and think about Colton. I thought about the state taking him because of his mother being in jail. I wanted to tell him how sorry I was for being such a horrible mother. I knew that their was something wrong going on behind the system, but there was obviously nothing that I could do about it. All I could I do was feel completely hopeless over my situation.

That situation, the lifestyle and my incapability to make mature decisions is what eventually led to my worst fears. From pregnancy to birth, to caring for my son – the inevitable happened. He was 4 months old when I lost him. His original babysitter in Florida was the one who adopted him.

Nothing in my life could ever prepare me for the days ahead. I went home to an empty crib. I could still smell the baby lotion on his clothes. I had dreams of holding him and hearing him cry in my sleep. I would wake up crying and in a sweat. My soul literally felt soulless. So many times I envisioned myself driving over to Diane’s house, shouting, "No! He's mine! You can't have him!" Inside, my soul was screaming.

I stayed in it because I felt that I was never loved. I first filled that love with the affirmation of drugs, and then I filled that void with the affirmation of other men. And that became the infection of the next seven years of my life. It's called DESTINATION DISEASE. I'm not going to tell you that it's been a rose garden since. I've been through a lot of peaks and valleys.

Now I have a relationship with God, and I have a testimony to tell you. When I was involved in the sex industry, I contracted Chlamydia and Hepatitis C. Sixteen years later, God has cured and transformed me. I am now 100% disease free.

It has now been twenty-three years since I have had any involvement with drugs, sixteen years since I've been out of the escort service and nine years since I've quit smoking! I have been married for fifteen years, and he's a Christian man! God blessed me with three more beautiful children with my husband that I now home school. I've worked legitimate jobs ever since, and I have amassed a stable work history in the past with promotions into other departments. I am also now a published Author of three books.

One of my great successors was Pumping Breast Milk Successfully. Imagine that? A former prostitute, who once couldn't even care for her son let alone cook, matures to eventually breastfeed for 28 months and inspires thousands of breastfeeding mothers in the process. Jesus was the one that made me want to change; He's the one that set me free! It's been an exciting journey!

When I reflect back, I can't believe that other person was me. But it WAS me! God took the drugs, the pain, the STD’s, the broken dreams and dead end streets and turned them into rainbows. If God could forgive me and take me from where I came from, He could do it for you too.

If you bring all your trash to Jesus, He'll take it and turn it into something good. It doesn't matter how bad you think your trash smells, whatever you've done, or whether you think you deserve it or not, He'll clean it up and give you a whole new life.

The Bible says that "All of us have sinned and fall short of God’s glory. Because Jesus came as our sacrifice, He freely accepts us and sets us free from our sins" (Romans 3:23-24 CEM)

The Bible also says that that if you confess with your mouth, "Jesus is Lord," and believe in your heart that God raised him from the dead, you will be saved. (Romans 10:9 NIV)

Jesus says "I am the Way, the Truth and the Life. No one comes through the father except through me"

Just give it up. The pride, the games- you won't surprise Him. The Bible clearly states that God has plenty of mercy for everyone.

Psalms 86:5 says, " O, Lord, you are so good, so ready to forgive, so full of unfailing love for all who ask your aid." You've seen a small glimpse of His forgiveness in me, and that doesn't even scratch the surface. Let him turn your life into a life worth living.