Was it really God's voice? 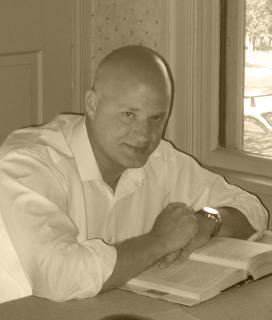 About me...
I am a freelance Christian writer and novelist from Lancaster, PA. When not writing, I can usually be found playing with my band PSI.

Have you ever thought you heard God's voice, small but undeniable, giving you instruction on what to do only to find that what you thought you heard is apparently not what He said? Or worse, when the results of your actions have yielded the exact opposite effect than you expected, you wonder if it was, in fact, God's voice or your own?

It happened to a friend of mine recently. She was up for a dream job and went through the interview process. It seemed a perfect fit. She loved the company and her would-be fellow employees. She was greatly encouraged by the feedback she received. The interviewers seemed to feel the same "perfect fit". The field was narrowed down to her and one other applicant when, after six weeks of the interview process, she was finally called to speak with the owner of the company. The interview went well and she walked out of the building feeling exulted. She felt like God was giving her the green light and all was in its proper place. It was only a matter of time, and she would have a great "God moment" to share. A week later, her hopes were smashed when she received a phone call and was informed that the position had gone to the other applicant.

"What went wrong?" she asked. "I heard God's voice. It told me the job was mine. Did I hear my own voice in my head? I can't even tell the difference."

I think this is a scenario a lot of us can relate to.

So, if we hear a voice and believe it to be God's and follow it, and things don't go as we thought the voice said they would, are we not His sheep? Are we bad people, fallen away from God?

Here are two things to think about.

First, Jesus said we recognize his voice and follow him. He didn't say we would understand what he's saying. We only have to follow. Maybe something she said to the owner was something God wanted him to hear.

And second, sheep go on instinct. That instinct is to follow. If we are His sheep, we don't always know where He's going. We just have to trust that He does.

If you hear God's voice calling you, are you willing to blindly follow and trust that the shepherd knows where he’s going?

Prayer: Lord, help me to hear Your Voice and follow You without question.