Virtuous Women in the Bible Studies


Learning From the Legacies of God's Leading Ladies

Throughout this Virtuous Women in the Bible study, we will will be learning about several women who allowed God to used them in mighty ways.  For each women, we will take a hard look at:

I pray that these short lessons on some of the heroic women in the Bible will help you to understand that God has never thought of women as secondary.  Just as each of these women had integral parts to play in God's divine plan, so do you.

We will begin our Women in the Bible study with Sarah.  Sarah's story is not an easy one to tell.  But it is definitely one that needs telling.  And, it is one that you might relate to...

Virtuous Women in the Bible Lesson 1


From Sarai to Sarah:
A Woman's Journey To Faith

Sarah is one of my favorite women in the Bible.  Her life is a great reminder that God does not require that you be perfect, nor does He promise that your life will be.

Proverbs warns us that:

Sarai's life was a perfect example of the truth lying inside of this scripture.

Her journey began as God sent a message of destiny to Sarai's husband, Abram.

They were told to leave all that they knew, and travel to a new land - Canaan.  God promised them that He would give them a child and that, through this seed, all the families of earth shall be blessed (Genesis 12).

Once they arrived in this strange land, God prophesied that He was going to deliver it to their descendants.  The ones that were to come from this child.

A child that had not yet been born.

But Sarai was barren.

Yes, her child was to hold the key to blessing all of the people of the world. But I wonder how much Sarai was really thinking about that part.  I wonder if, as a woman, more than anything, she really just wanted a baby.

But, years passed.  And still, no baby.  Sarai could provide no heir for her husband. And, now, a servant born in her house would be his heir (Genesis 15:2-3).  The shame and bitterness of her barrenness began to engulf her.

And, as time went on, Sarai began to say within heart,"The Lord has prevented me from having children," (Gen. 16:2).  You know that she said in within her heart, because she had begun to say it to her husband.


Taking Matters of Prophesy Into Your Own Hands

Fearing that God's plan was flawed, Sarai prompted her husband, "Go and sleep with my servant. Perhaps I can have children through her,"  (Genesis 16:2).

Notice what Sarai says here.  "Perhaps I can have children."  Her concern was not with the manifestation of God's plan, but with her own longing for motherhood.

Maybe if she realized that this child that she so desperately desired was to be the start of a lineage that would birth the savior of the world, she would have put her own desires aside.  Or maybe not.

But surely Sarai's husband Abram, God's right hand man, understood after 10 years of walking with the Lord that He would not forsake them!  Surely he told her to hold her tongue and wait on Jehovah God! 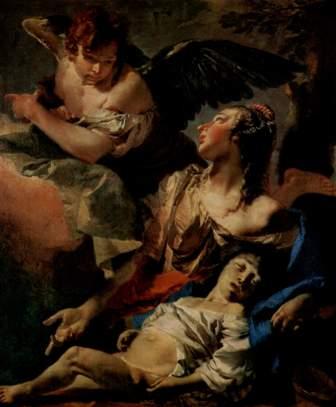 "Abram agreed with Sarai’s proposal.  So Sarai, Abram’s wife, took Hagar the Egyptian servant and gave her to Abram as a wife," (Genesis 16:2-3).

But, this was not God's plan.  This, was Sarai's plan.  And it quickly began to backfire.

Once Hagar became pregnant, she resented Sarai.  After being punished for her behavior, Hagar finally ran away.

Since the child Hagar carried was Abram's seed, and God had made covenant with Abram, God gave comfort to Hagar and convinced her to return to Abram and Sarai (Genesis 16:6-15).

God Sees Through Your Present Faults
To Your Future Faith


Thank God for His mercy.  Though Abram and Sarai had gone outside of His will and created a huge mess, His love for them had not dried up, but was still as an overflowing well. 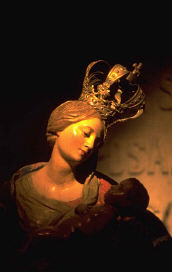 He promised that kings and nations would come from Abram.   Hagar's son Ishmael was not the son of promise. Once again, He proclaimed that Sarai would still bear Abram a son.

Speaking of God's unyielding forgiveness, He changed her name from Sarai which meant Noble Woman, to Sarah, which means Princess.

Now, of course I could be reading more into this than is here, but I feel that God calling her Princess is so symbolic.

Despite Sarah's imperfections, He had taken her as His daughter.  Why?

Because God, unlike man, does not just see who you are today, He sees who He has destined you to become.


And, as a daughter of the King of Kings, what name would be more fitting than Princess?

Is This Study on Un-Virtuous Women in the Bible?

Now, this is an interesting situation.  Though Sarah knew Who was there, she didn't go out to welcome her Guest.  The visitors even inquired about where she was, but she never came out of the tent.

Instead, Sarah stayed inside, and eavesdropped.

You have to ask yourself - Why didn't she come out?  But, if you put yourself in her shoes, would you have gone out there?  For what?

To hear more unanswered promises?  To have your hopes raised yet again, but never fulfilled?


Or, would you have stayed in the tent, just like Sarah?

As Sarah listened, she overheard God telling Abraham, "I will return to you about this time next year, and your wife, Sarah, will have a son!" (Genesis 18:10 NLT).

As she overheard this, Sarah "laughed silently to herself and said, 'How could a worn-out woman like me enjoy such pleasure, especially when my master—my husband—is also so old?'" (Genesis 18:12).

You see, as God's plan tarried, time did not.  Sarah had long entered into menopause, and believed that her body could no longer conceive.  As God so eloquently put it, "it ceased to be with Sarah after the manner of women" (Genesis 18:11).

So, she laughed within herself, I would imagine, to keep from crying.  But, though her laugh was silent, there was One who could hear it.

Imagine Sarah's shock when God asked why she had laughed!

OK, so Sarah didn't just laugh at God, but she lied about it.  She is definitely was not having a  "Virtuous Woman in the Bible" day

A Legacy of Faith Born From a Life of Fears


Now, we could all sit around judging Sarah, but would we have been so different?

Do you have anything that God has been promising you.  A promise that, when you look at your physical circumstance,  your chances at attaining it look grim at best.  And, maybe, as the time has passed, your faith has begun to pass along with it.

But, let me tell you the second half of the proverb that we began this study with.


Hope deferred makes the heart sick,
but when the desire is fulfilled, it is a tree of life.
-Proverbs 13:12 (AMP)


But, how do you open the door for God to fulfill the desire that He alone has placed in your heart?  By faith.

God says that Faith is:

This is what Sarah began to develop within herself.  You see, in order to bring forth the seed that would ultimately lead to the Christ, God did not just have to change Abraham, He had to change Sarah.

I think that is why she is one of my favorite women in the Bible.  She is a shining example of God's desire to mold you into your destiny.

You can not hide behind your femininity or your husband, and assume you do not have a place in God's plan.  God has a special plan for you, and you, like Sarah, will have to grow into your destiny.

In the end, "Because of faith also Sarah herself received physical power to conceive a child, even when she was long past the age for it, because she considered [God] Who had given her the promise to be reliable and trustworthy and true to His word,"  (Hebrews 11:11 AMP).

Sarah's faith won her the honor of being the only woman among the top 5 examples God gave to exemplify true faith in Hebrews 11.

In fact, you are actually considered Sarah's true daughter when you  "...let nothing terrify you [not giving way to hysterical fears or letting anxieties unnerve you],"  (1Peter 3:6 AMP).

When you are able to look fear in the eye and say "No thank you - I choose to believe my Lord," you have inherited Sarah's legacy of faith.


I hope that you enjoyed Lesson 1 of your Virtuous Women in the Bible studies.

Sarah is one of the women in the Bible whose story is not one of perfection.  And neither will your's be.  But, Sarah's legacy is of her journey to being able to take God at His Word.  Of growing into the name that He had given her - His Princess.

Lesson 2 of your Virtuous Women in the Bible study is a Bible lesson on Mary. Learn how her belief in God and willingness to do His will put her in the position to be called blessed!

Virtuous Women in the Bible


Finished with Your Virtuous Women in the Bible Study on Sarah?
Click here to select your next topical Bible Study.

How To Walk and Live
In the Spirit 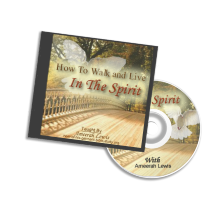 Receive a fresh outpouring of the Holy Spirit and learn how to experience more of Him in your daily life...

How to Develop Intimacy With God 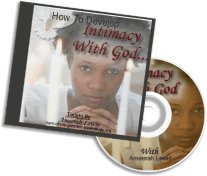 Discover how to develop the intimacy with God your heart is crying for...