Are You a Late Bloomer...or Right on Time? 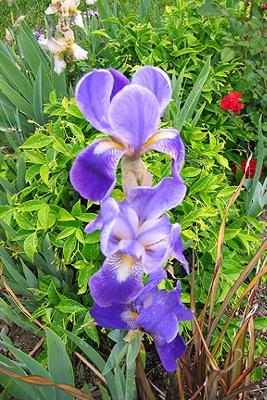 I will be celebrating another birthday this month and that made me think about this. I have always considered myself a “late bloomer.” As a mom, I have watched my children grow into young adulthood and constantly marvel at how much further along in their development they seem to be than I was at their ages! It made me stop and carefully consider why that might be. I grew up in the 50’s and 60’s, a very different time. There were no computers, cell phones or Face Book. My children have grown up with cell phones, computers and other electronics and are extremely proficient in their use. They have been involved in the social networking era of MySpace and Face Book. These things alone may have had a huge impact on how quickly they have “blossomed” in certain areas simply because of exposure.

As I thought about upbringing, that, too has to be a factor. I grew up in a household where my mother was an alcoholic. While I knew my parents loved me, the environment was anything but stable in many ways, and I know that while that sort of situation causes you to mature more quickly in some areas, in others your development can be stunted. I know that to be true of myself. My children, on the other hand, have been raised in a reasonably stable (none of us does it perfectly, after all!) home, in an atmosphere of love, encouragement and acceptance. I believe that, too, has been a factor in why they bloomed so much earlier in some areas than I did. So the soil a seed is planted in – the environment – either encourages growth or slows it.

I’ve always thought of this “late bloomer” thing as a negative, something to be ashamed about. But in studying scriptural longevity, I got an entirely new take on this. I was studying the verses in Psalm 90 that refer to the Israelites who rebelled and were not allowed to enter the Promised Land. Many have mistakenly believed verse 10 which says the “days of our years are threescore and ten (70) or even if by reason of strength, fourscore years (80),” refer to a believer’s lifespan. I clearly saw this was simply referring to those Israelites who rebelled against God. In a very insightful footnote to this verse in the Amplified Bible it says: “Seventy years never has been the average span of life for humanity. When Jacob, the father of the twelve tribes, had reached 130 years, he complained that he had not attained to the years of his immediate ancestors. In fact, Moses himself lived to be 120 years old, Aaron 123, Miriam several years older and Joshua 110 years of age. Note as well in the Millenium a person dying at 100 will still be thought a child.” (emphasis mine)

Well, now, that changes everything! I have always told my kids I plan to live to at least 120 so they will have to put up with me for a long time! Perhaps I’m not a late bloomer after all! Could it be that I am exactly where I am supposed to be in my development? If I believe God is aware of every detail of my life (and I do); and I trust Him to direct my every step (and I do); and I expect to fulfill the number of my days in health (and I do); then I am developing exactly according to “schedule.” I don’t have to compare myself to anyone else or feel I should have attained certain understanding or revelation before now. I can just trust that God is moving me along at exactly the right pace and I will know whatever I need to, just when I need to. Besides if 100 will be considered a mere child, I’m still in toddlerhood!

I encourage you to begin this very day speaking long life over yourself. Here are some scriptures to get you started. I’ve put them in the form of confessions:

Ps. 91:16
With long life You satisfy me, and show me your salvation.

Ps. 103:4, 5
The Lord redeems my life from destruction; He crowns me with His lovingkindness and tender mercies; He satisfies my mouth with good things and my youth is renewed like the eagle’s!

Ps. 107:20
Lord, thank You that You sent Your Word and healed me and delivered me from my destructive habits.

Proverbs 3:7, 8
I am not wise in my own eyes. I fear the Lord and depart from evil and it is health to all my flesh and strength to my bones.