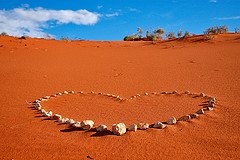 How do we fulfill the two greatest commandments?

The last time I said we would elaborate further on why our Lord tells us that the original ten commandments are fulfilled (hang) on the keeping of the two New Testament commandments:

He said that all the prophets (as well as the original ten commandments) hang on these two commandments as well. To look at exactly what that means, we first have to be clear on exactly what a prophet is and what he does.

Prophets prophesy, which means that:

You see, the ten commandments were inscribed by the finger of God on stone tablets. However, the majority of the populace were illiterate and could not have read the Scriptures, had they even been available to the masses.

And that's where the prophets came in and voiced the commandments, as our Lord spoke to the people through them, as they were moved by the Divine Inspiration.

So not only were the original ten commandments fulfilled by the keeping of those two commandments of the New Testament, but so were the words of God as spoken by the prophets of old.

Now, if anyone has any comment or would like to expound further on this issue, let us hear from you.

This month, instead of one longer lesson, we will have two short ones. Be sure to read the next Back to The Basics lesson on Forgiveness!

Join in and write your own page! It's easy to do. How? Simply click here to return to Marsha Mundy's Entry Form. 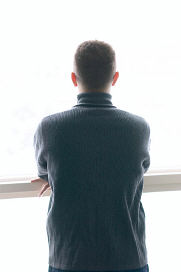 How to practice Christian forgiveness.

While we're discussing Bible basics, to my mind the next most important area for us to grow in would be to learn how to forgive. I've read and heard a lot of people expound on the idea that we need to forgive, and indeed we do. (That's as basic as the model prayer commonly called The Lord's Prayer.)

However, very few that I've ever heard or read offer practical suggestions as to how to go about this most difficult of requirements to fulfill.

Not that I know it all. Far from it, but I'm happy to share with you what works for me.

The hardest part, I believe, is conjuring up the desire to forgive someone who has hurt you deeply, intentionally or not, especially if you are or were very close to that person. The ability to do anything is about ten percent ability and ninety percent desire, or so I've heard.

Of course, as with anything hard, we always should pray for wisdom and guidance from the Lord as to how to proceed.

What I have found most helpful is to try to understand the offending party's motivation. What caused the person to take the actions s/he did? Was it fear? Greed? Self-preservation? Or was it a deliberate attempt to achieve some sort of recognition or to acquire something at your expense?

If you can understand what motivated the offending action, in most cases it will make it easier for you to find it in your heart to forgive. On the other hand, if the motivation was less than honorable, it is going to require an extraordinary effort on your part and a sincere prayer enlisting the Lord's help in doing so.

If anyone has any other suggestions on how to forgive, I am sure I am not alone in wanting to hear from you. :-)

Join in and write your own page! It's easy to do. How? Simply click here to return to Marsha Mundy's Entry Form.