What was I missing? 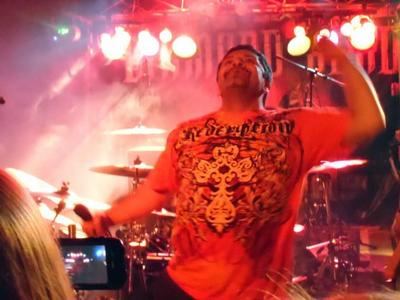 I have been brought up in a Catholic family, my parents from Mexico, and I was raised in a small town in Michigan. When I was younger I talked to God asking him to appear before me, or, send an angel that I could see, so I would have proof of such an existence and power. I became disillusioned when nothing appeared and I began to wonder, if at all, he was real. I have many stories that are a testimony to proof that I have remained on this earth for a reason. My favorite one to tell is the night I left a party at a gravel pit outside of Eaton Rapids on the back of a friend's motorcycle. We had both been intoxicated and were only a half mile away from his house. We decided to take a long way around a four mile square in the opposite direction. We came to a curve in the road moving at an accelerated speed when he lost control of the motorcycle and we began sliding along the pavement.
When it all stopped, I got up to see my friend and the bike in the middle of the road. I helped my friend to his feet and got him to the shoulder, then picked up his motorcycle and took it to where he was standing. We were getting our bearings together when a car came speeding around the same corner. The car slid into the side of the motorcycle, pushing it into the two of us. My friend flew forward over the handlebars back into the road and I found myself sailing into the air backwards into the median filled with weeds and tall grass. All I saw was my shoes against the midnight sky. As I was in flight, it seemed to be in slow motion and I found myself having time to think if I would crash into a boulder or logs and break my back? I had no clue as to what could have been there.
As I descended to the ground, I felt a softness at my back, as if a cloud appeared and laid me gradually onto the ground with no more hurt coming to me. I often wonder if at that time God, or an angel that was sent, finally appeared. My thoughts didn't revert to that younger time until now. I sing n a Heavy Metal band and my drummer asked me if I wanted to start a Christian Metal band with he and a mutual friend, who ironically, is blind and one of the best guitar players I have ever performed with. This is why I came to an online Bible study group. To find out more of God that I may be or may have been missing. I was kept around for a reason and here I am seeking the reason.