How to Forgive and Walk in Mercy:
Christian Maturity
Through the Beatitudes – Lesson 4


Jesus was our perfect example of how to forgive 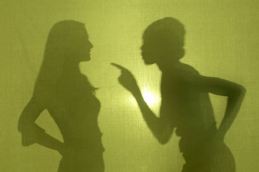 When the people were ready and anxious to stone the adulterous woman, He told the person without sin to throw the first rock at her. But, of course, none of them fit that description, but Jesus – The one she had truly sinned against.

When He was the last one left there standing, He told her to go and sin no more (John 8:4-11). He showed her His mercy that day. Much like He showed it to you the day that you accepted Him as your Lord.

Now, you have been forgiven.

But, are you like the servant who begged his king to forgive his huge debt, but refused to have mercy upon the one who owed him much less (Matthew 18:23-35).

Or, like your Father in heaven, do you know how to forgive?

Blessed are the merciful: for they shall obtain mercy.-Matthew 5:7 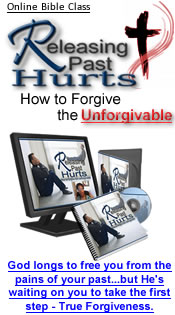 We all want to obtain mercy from God. For Him to overlook our mistakes and cover our slip-ups in the blood of Jesus. But are we willing to do the same for others?

Have you ever fallen into that trap before? I know I have.

But, even when we read the Lord’s Prayer, we were told to pray for God to forgive our trespasses as we forgive those who have trespassed against us.

Notice that, just like in the Beatitudes, our own forgiveness here is conditional upon whether we are willing to forgive others.

How to Forgive the Unforgivable


But what about when someone does the unthinkable? Aren't some things just unforgivable?

I know a lot about harboring unforgiveness in your heart.

As a small child, I was sexually abused by a family member. I held the secret in silence for years because of the threats and shame. As I grew older and began reaping the emotional fruits of the seeds that were planted inside of me, my shame grew into anger.

I don't know if you have ever experienced a wrong so deep that, no matter how much you tried by yourself, you could not let go of the fury building inside of you.

But, the saying is true. Hate is like taking a poisonous drug, and hoping someone else will die.

In the end, it will only hurt you and your relationship with God.

If you do not forgive your offenders, then God tells us that He can not fully forgive you.

Being merciful will open up the door for God to work in every area of your life.

So, how do you forgive the unforgivable? You begin to pray. Not just for yourself. But for them.

But I say unto you, Love your enemies, bless them that curse you, do good to them that hate you, and pray for them which despitefully use you, and persecute you ...
- Matthew 5:44

Why? We talked about this a bit in the meekness lesson. But let's take it a few steps further.

Jesus Himself says being able to show true mercy to those who do not deserve it is the real sign that you are developing into a spiritually mature Christian.

But I tell you, Love your enemies and pray for those who persecute you, To show that you are the children of your Father Who is in heaven; ...For if you love those who love you, what reward can you have? ...what more than others are you doing? Do not even the Gentiles (the heathen) do that? You, therefore, must be perfect [growing into complete maturity of godliness in mind and character, having reached the proper height of virtue and integrity, as your heavenly Father is perfect.
- Matthew 5:44-48 (AMP)

As I explain in our online class, Releasing Past Hurts: How to Forgive the Unforgivable, when you pray for your enemies, God begins to show you the pains in the offender's heart that led them to their actions. As He heals the pain inside of you, you begin to understand that this person is not really the enemy. They are just a pawn used by your Father's enemy, Satan, to hurt one of His children.

If you still feel bound by the pains of your past, I want to personally invite you to come on a special journey with me. It is a journey through God's Word, and straight to His heart. I want to share with you, how the Lord released me from a past of abuse and pain to true freedom, and all through Forgiveness. And, He wants to do the same thing for YOU. Join me in our life changing class, Releasing Past Hurts, and find out how to finally break free!


I pray that this Bible study on how to forgive has been a blessing to you.

Your next lesson on the Beatitudes will show you the final signs of spiritual maturity.

Christian Maturity Through the Beatitudes


Finished with How to Forgive
and the other Beatitudes Bible Lessons?
Click here to select your next topical Bible Study. 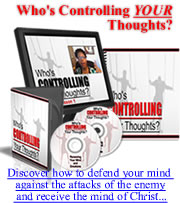